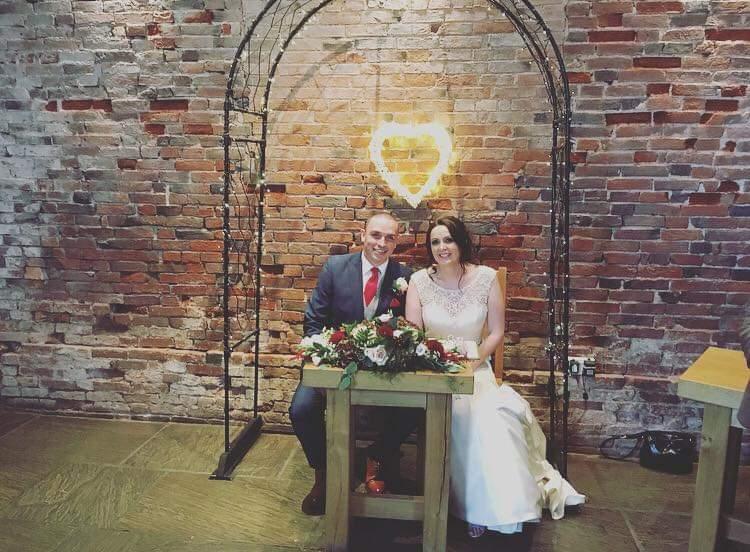 A specialist wedding event caterer has been ordered to pay £250,106 after a bridegroom and more than 50 guests were struck down by food poisoning following a wedding in Staffordshire.

On Friday 18 October 2019 Cannock Magistrates’ Court sentenced The Galloping Gourmet (Coulsdon) Ltd, after the company pleaded guilty to two food safety breaches, which included placing unfit food on the market and for failing to follow their own food safety procedures.

In a case that had four court hearings and was adjourned a number of times, the court heard how 58 people had suffered food poisoning after eating food that was served at a wedding reception in October 2017 at the former Packington Moor in Staffordshire.

Following an extensive investigation by Lichfield District Council’s food safety team, the cause of the food poisoning outbreak was identified as salmonella typhimurium, originating from an undercooked hog roast that was served at the evening wedding reception.

The investigation included interviews with the newlyweds, Mr and Mrs Kemp, most of their guests, the wedding photographer, other people affected, and 20 staff who had worked on the day.

The team also took six food samples, but no leftover hog roast was available to sample. However, the national salmonella reference laboratory was able to isolate genetically identical bacteria from 20 samples provided by some of the victims of the food poisoning, proving they were linked to eating food from a point of source, which helped identify the suspect food.

Fifty-two wedding guests, together with the groom, two people who had not been at the wedding but who ate food served at the event, and three members of staff fell ill shortly after the wedding.

The newlyweds were unable to go on their honeymoon to the Dominican Republic due to how unwell the groom was.

“It does not matter how successful a company is, or its size, this case shows that good food safety procedures must always be at the heart of every food businesses.

“The Galloping Gourmet (Coulsdon) Ltd did not take their customers’ health and safety seriously enough and they now face a large fine and costs.

“We really sympathise with Mr and Mrs Kemp who had their wedding day ruined and missed out on their honeymoon due to dangerously undercooked food.

“The level of the penalty shows how serious a case this is, and it sends a warning to others in the catering industry to make sure they always follow food safety guidelines.

“This has been a huge case to investigate, involving more than 80 people, which among others included Public Health England, a Consultant in communicable disease, the Food Standards Agency, the Meat Hygiene Service, Defra and other local authorities. We are all pleased with this successful prosecution and the level of the penalty, and hope it will drive up food safety standards across the industry.”

The council is using this case to highlight the risk of undercooking pork.

“Special care should be taken when cooking pork as it can be a carrier of salmonella, but cooking it all the way through will make sure it is safe to eat,” added Cllr Lax.