Register to vote in time for the general election 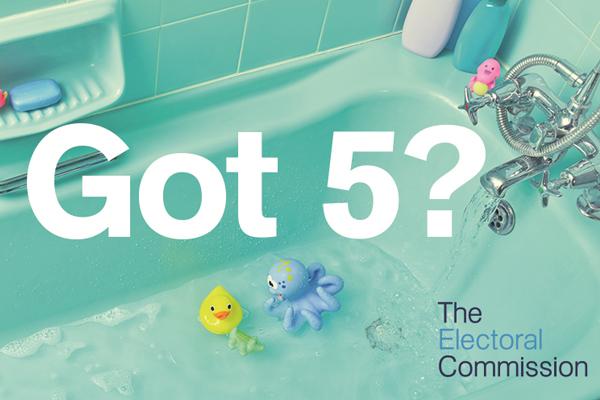 With the general election called to take place on 12 December 2019, Lichfield District Council is urging residents to make sure they have registered to vote so they can have their say come polling day.

On Thursday 12 December voters in Lichfield District will go to the polls to elect their member of parliament in the general election. The deadline to register to vote is midnight on Tuesday 26 November.

Anyone not already registered to vote at their current address can register online at www.gov.uk/registertovote. If anyone is unable to cast their vote in person on 12 December, they can apply for a postal or proxy vote.

Voting by post is a convenient alternative for anyone who cannot vote in person. The deadline to apply to vote by post at the general election is 5pm on Tuesday 26 November. Everyone applying for a postal vote must make sure they have enough time to receive and return their ballot paper so it arrives by election day at the latest and their vote can be counted. Postal voters are being encouraged to return their completed ballot papers as soon as they can to take the pressure off the Royal Mail in the run up to Christmas.

Proxy voting allows you to nominate someone to cast your vote on your behalf. The deadline to apply to vote by proxy at the general election is 5pm on Wednesday 4 December.

Find out how to apply for a postal or proxy vote at, and the dates for when postal vote packs will be delivered, at www.lichfielddc.gov.uk/elections.

“The general election registration deadline is fast approaching. With just over two weeks to go, we’re urging everyone in Lichfield District to register to vote by the 26 November deadline to ensure that their voice is heard on polling day on Thursday 12 December.

“This election is an opportunity to have your say on who will represent the people of Lichfield District at a national level, and we don’t want anyone to miss out. It’s especially important for students and recent home movers to check that they are registered properly.”

University students can register at both their university and home addresses, but can only vote in one location. It is important that students check they have the right voting option in place, for example, if they have chosen to vote by post, they need to make sure they will still be living at that address when the voting pack is delivered.

Registering to vote only takes a few minutes, simply go to www.gov.uk/registertovote and have your national insurance number to hand.

There are two changes to locations of polling stations in the district for the general election.

Anyone in the Lichfield constituency who usually votes at the mobile polling station in the Co-operative supermarket car park in Boley Park in Lichfield will now need to go to Boley Park Community Hall on Ryknild Street in Lichfield.

Anyone in the Tamworth constituency who usually votes at Clifton Campville Village Hall polling station will now need to go to St Andrew’s C of E Primary School on Main Street in Clifton Campville.

Poll cards, which will be delivered to all registered voters in the coming weeks, will specify where local people need to go to place their votes.

Lichfield District Council’s polling stations review, which was launched before the general election was called, will not affect polling station locations this year.

There is still time to feed into the review by completing a questionnaire at www.lichfielddc.gov.uk/pollingstationsreview by 14 November 2019.