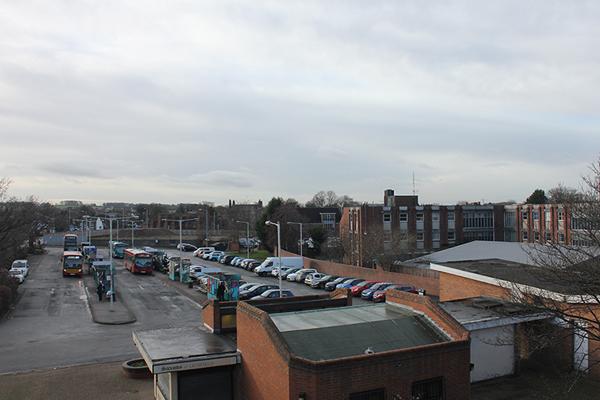 From a new car park and coach parking, to a refreshed bus station and landscaping, a site off Birmingham Road in Lichfield is set to get a new lease of life in 2020.

Lichfield District Council is pleased to announce that the short-term improvements to the Birmingham Road site will get underway in January 2020. They will improve the look and feel of the area, as well as prepare it for later development, and provide a better route into the city from the train and bus stations.

The council has appointed The Coleman Group to carry out the works, which will be completed in the following phases:

“We know everyone is keen to see more than empty lots and boarded up buildings as the entrance to Lichfield city centre. I am really pleased to see something happening with the old police station and improvements to the bus station and coach parking being delivered.

“The works will help us make a better first impression for anyone visiting the city, particularly if they have come by train or by bus. By demolishing the derelict buildings, opening out the space and ensuring modern toilets continue to be provided, we will be making the area safer and preparing the site for our future long-term development, which we are working on through our master-planning exercise.

“The scale of the works means they will take a little bit of time to complete and we expect they will be finished in the spring. We would therefore ask that residents, workers and visitors bear with us while the works are taking place. There may be some concerns over the temporary loss of the 50-space car park, but we want to reassure everyone that there is plenty of capacity in nearby car parks, including the multi storey on The Friary, which is a long-stay car park.”

The improvements are a step towards improving the Birmingham Road site, while the long-term masterplan is completed, which will shape the future growth of Lichfield city centre.

In partnership with David Lock Associates, the council is running a public consultation on the draft masterplan from 6 January to 3 February 2020.

“The draft masterplan sets out proposals for the long-term future of the Birmingham Road site and its interaction with the overall city centre.

“It envisages a mixed use of the site - from public buildings, open space, places for business and leisure activities, as well as a cinema, a new car park, and housing to reflect city centres are changing from just being single focus.

“We would encourage everyone to get involved with the masterplan consultation, as we want to hear the feedback from our residents, visitors and stakeholders in the new year on what they want Lichfield's city centre to look like for the future,” continued Cllr Eadie.

To find out more about the improvement works and the masterplan consultation, visit www.lichfielddc.gov.uk/citycentreplan.