Streets to be named after Lichfield’s fallen war heroes 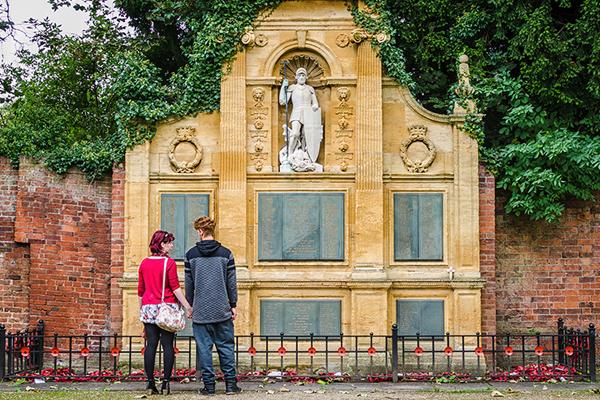 Lichfield District Council is seeking the relatives of 22 war heroes who are commemorated in Lichfield’s Garden of Remembrance.

Lichfield City Council has proposed that seven new streets in a housing development on land south of Shortbutts Lane in Lichfield are named in memory of 22 service men, whose names are inscribed on the war memorial in the Garden of Remembrance.

Lichfield District Council, who is responsible for street naming, is now seeking the families of the men to let them know of the proposal and where possible gain their consent to use the names.

The name of the man who served in the Second World War is EH Whittle.

The council hope to use the seven surnames of the 22 men on the proposed streets: Axten Avenue, Baker Way, Mullarkey Drive, Smith Close, Turner Road, Ward Close and Whittle Street.

“We were pleased to accept Lichfield City Council’s suggestion to name these roads in honour of the 22 local men who lost their lives fighting for their country in the First and Second world wars.

“As part of the street naming process, we need to give their relatives the opportunity to tell us if they would rather the names are not used. So, if you are a descendant of any of the men whose names have been chosen, please get in touch to tell us if you give your consent.”

If you are a relative of any of the men, please contact Katie Badger, GIS Officer, by calling 01543 308763 or emailing addresses@lichfielddc.gov.uk by 5pm on 12 February.