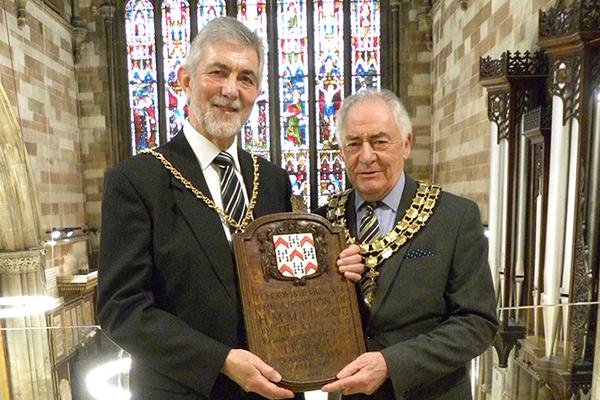 A plaque that hung in the Chairman’s office at District Council house has been presented to St Mary’s, so it can be put on public display.

The Chairman of Lichfield District Council, Councillor Bob Awty, suggested giving a plaque to St Mary’s after doing some research into it.

The plaque, which is dated 1942, was presented to the then City and Rural District of Lichfield as a thank you for raising funds to buy a motor torpedo boat for the Royal Navy.

This was part of Warship Week, which was a British national savings campaign for communities to fund naval ships.

“As an important symbol of our past, it seemed a shame that the plaque was not on display for everyone to see, which is why I am delighted to be presenting it to St Mary’s, so it can be on show for all the people from Lichfield District to enjoy.”

The Chairman presented the plaque to the Trustees of St Mary's Centre during the official opening of the restored building on Thursday 7 March 2019.