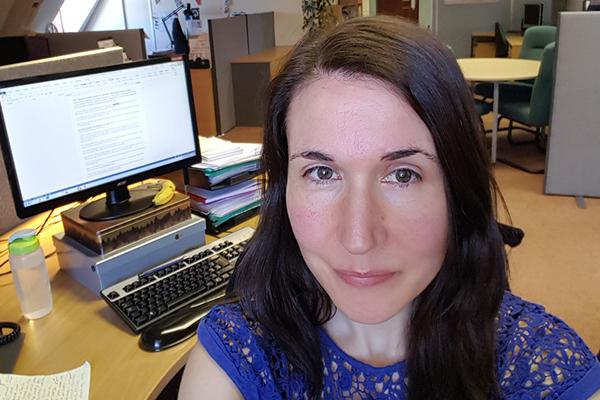 A communications officer from Lichfield District Council has been recognised for her outstanding contribution to the local community.

Esther Epstein, Press and Communications Officer at Lichfield District Council, has been recognised for her contribution to the council and her community as part of West Midlands Employers #EverydayHeroes campaign.

West Midlands Employers, owned by 33 councils across the West Midlands, launched the campaign this month to recognise #EverydayHeroes – council workers who are working around the clock to keep essential services running and keep us safe through the coronavirus crisis.

Esther has worked at Lichfield District Council for 17 years and stepped in as the interim manager, when the communications manager left just before the pandemic hit. She really stepped up to the role and worked around the clock to make sure she was there to support teams across the council and the community.

Working with the web team, she created a coronavirus section on the website, working through all the information and setting it out clearly into council services affected so that it was easy for people to access the information they need.

She worked with the PR team from Central England Co-op to launch an emergency shopping service for vulnerable people, which has helped more than 500 local people.

She also played a pivotal role in launching a coronavirus relief fund, to raise money for community groups who are supporting the covid-19 response. The call for donations generated more than £24,500 and now Esther is promoting the opening up of the fund to voluntary groups across the district.

Promoting business grants and urging more companies to come forward to benefit from the government funded emergency funds has also been a focus of the job in recent weeks. So far, around £17 million has been distributed to over 1,390 of the 1,600 businesses that are eligible. This is thanks in part to a sustained PR and social media campaign.

“I’m so happy to have been nominated and chosen to be part of the #EverydayHeroes campaign. I love my role, and it has never been as important as it is now to get clear, informative and timely communications out to our residents and businesses. To be recognised for the contribution I am making to the community is such a boost.”

Rebecca Davis, Chief Executive of West Midlands Employers, said, “Esther stepped into the position of interim manager at one of the most challenging times. She plays a critical role in communicating critical issues with both teams across her council and the wider community. She deserves to be recognised for everything she is doing.”

“We are very proud of Esther and how she has taken on so much responsibility during this time and made sure everyone is kept informed of what is happening – no mean feat. Like others across our workforce, she has really stepped up to the plate and worked exceptionally hard over the last eight weeks and it’s great to see her getting this recognition.”

Read more about Esther and her role in responding to the coronavirus pandemic at a local level.