Johnson’s Willow will live on 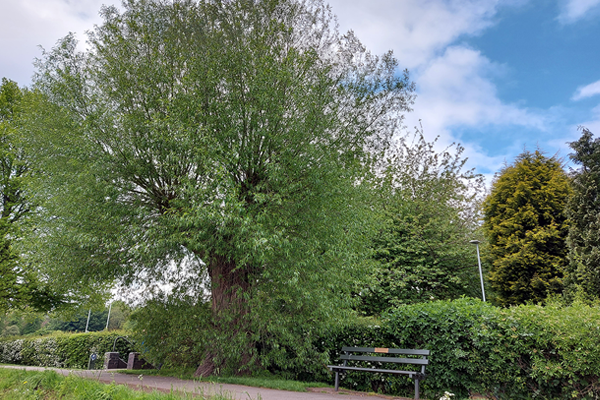 The fifth incarnation of an historic tree at Stowe Pool in Lichfield will be planted later this year.

Lichfield District Council and the Johnson Society have been working together to make sure a significant tree in Lichfield, called Johnson’s Willow, is regrown as the current tree reaches the end of its life.

The tree grows to the side of Stowe Pool and is famous for having been Dr Samuel Johnson’s favourite tree, when he lived in, and later revisited, Lichfield in the 18th century. For this reason it is now called Johnson’s Willow, although in his time it was known as the Lichfield Willow.

A survey of all Lichfield District Council’s trees revealed Johnson’s Willow needs to be felled due to extensive decay.

The tree has already been regrown three times over the years using cuttings from each version of Johnson’s Willow. In preparation for the felling, the council’s community gardeners have been growing cuttings taken from the fourth willow in 2018.

“Although it’s sad to see this remarkable tree come down, we’re really pleased to be planting a new tree later in the year.

“Our community gardeners have been tending cuttings taken from the current tree, and will choose the strongest one to be planted in the autumn. This will become the fifth incarnation of Johnson’s Willow so future generations will be able to enjoy this historic tree for years to come.”

Both Lichfield District Council and the Johnson Society will be involved in a ceremony to celebrate the replanting of Johnson’s Willow. It will include the reading of a new poem about the tree following an open poetry competition run by the Johnson Society.

“The felling of the current Johnson’s Willow will be a very sad event, but is unavoidable in the circumstances. The good news is that the future of the tree will be secured by the planting of the fifth willow only some three months later – the shortest interval in the tree’s history.”

Johnson’s Willow is expected to be felled in mid-August and a cutting will be planted in the same location in November when the site has been cleared. This will be protected with a tall metal cage until the young tree establishes itself.

Find out more about Stowe Pool.