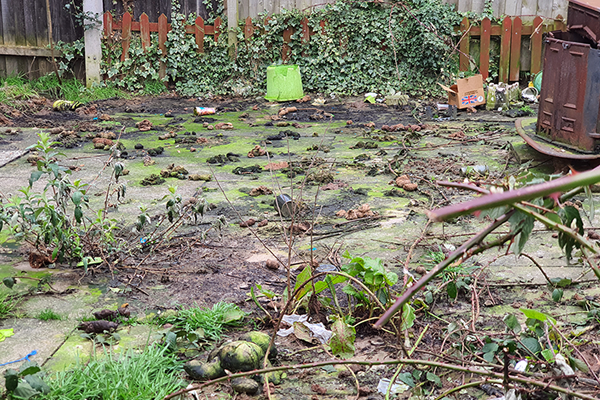 On 15 October 2021 at Newcastle under Lyme Magistrates Court, 39-year-old Danielle O’Shea, of Affleck Avenue in Mile Oak, was ordered to pay a fine and court costs for failing to comply with a community protection notice.

The court heard the case was brought against Ms O’Shea after she did not comply with a community protection notice, issued by Lichfield District Council, to remove a build-up of dog faeces from her garden.

“We take this kind of offence very seriously. We gave Ms O’Shea every chance to clean up after her dog, but this didn’t happen and it continued to have a serious impact on her neighbours’ quality of life. This is why we took the case forward to prosecution, and we hope the successful outcome and resulting fine will act as a deterrent to anyone who does not take proper responsibility for their dogs or their property.”

Report issues such as dog fouling or anti-social behaviour.