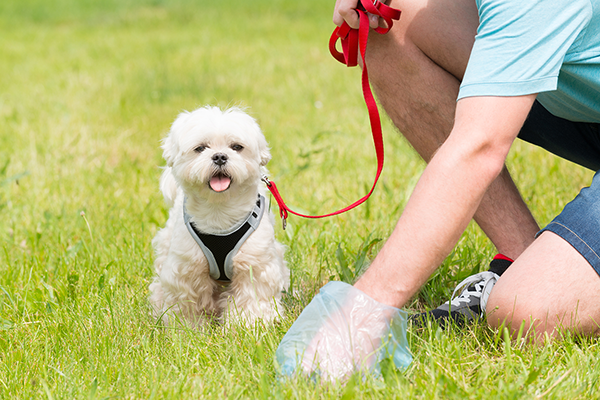 Residents across Lichfield District are being asked their views on proposed regulations on dog fouling and dog control.

Lichfield District Council is asking for views on a plan to create a new dog control public spaces protection order.

As part of the council’s approach to reduce dog fouling and encourage responsible dog ownership, it is proposing an order that would require people to demonstrate they have the means to clear up after their pet.

As a rule of thumb, dog walkers would be expected to carry at least two bags that can be used to dispose of dog mess. If, when asked by an enforcement officer, someone does not produce a bag or refuses to do so they could receive a fine.

The order will require anyone in charge of a dog to clean up and remove any resulting dog mess in a public place, such as on a pavement or in a park or green space.

The proposed protection order would also create ‘dog exclusion zones’, which would ban dogs from being taken into playgrounds, particularly areas designed for younger children.

“We believe this order will help us to keep the district free of dog mess. Sadly a tiny minority of dog walkers do not clean up after their pets.

“A district wide public space protection order would require anyone responsible for a dog to have bags with them and clean up any mess and put it in a litter or dog waste bin or take it home if one isn’t available. We want to make it clear to dog owners, who lack the common decency to clean up after their pets, that this will not be tolerated.

“We also think children should have space to play and know that some can be scared of dogs. This is why we want to bring in exclusion zones that will require anyone in charge of a dog to keep them out of play areas across the district.

“It would be a criminal offence not to comply with the order, which could result in a fixed penalty of £80 or even lead to a prosecution and a fine of up to £1,000.

“We would stress that people with disabilities that restrict their sight or mobility are exempt, including pet owners who are registered as blind.

“Before moving ahead with the order, it is important we hear the views of local residents on these proposals.”

Find out more and read the draft public space protection order. To have your say on the proposals, please email your comments to environmental health by 5 March 2021.