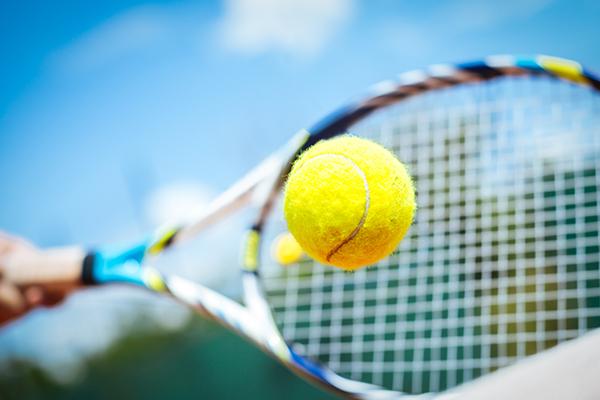 The new lease means the charity can focus on improving the facilities and encouraging more people to play tennis and netball more often, after taking over the management of the facility.

Beacon Park Tennis CIO was formed to step in and help rescue the courts, raising the necessary funds to resurface the four tennis and netball courts and add new floodlighting to help extend play throughout the year.

The charity has teamed up with HS2, Sport England, the LTA, Lichfield Spires Netball Club and Lichfield District Council to help raise the £208,000 needed for the project.

Diggers moved in for the first phase of the refurbishment work this week (from Monday 11 May 2020), which includes creating new foundations and resurfacing the four tennis courts. This will be followed by phase two, which will see new floodlighting installed.

“We’re delighted Beacon Park Tennis is giving a new lease of life to Beacon Park’s tennis courts. And, with their plans for keeping the tennis courts open for the local community to enjoy and to introduce more people of all ages to the game, we are looking forward to working with the charity in the future to boost tennis locally.”

“We are excited to have this opportunity to take on the tennis courts at Beacon Park. Our mission is to serve up a sustainable tennis facility in the heart of Lichfield, which is accessible to the entire community.

“Through a series of low-cost, first-class facilities and free coaching-led sessions, we look forward to promoting tennis and encouraging people from all walks of life to be healthy through the Tennis For Free initiative.”

Lichfield Spires Netball Club helped boost the charity's coffers when it staged a 12-hour netballathon and raised £2,600 earlier in the year.

"The three full-sized netball courts, which are included in the refurbishment, will make a huge difference to the continuing growth of netball in the area. As a club we’re very excited about what we will be able to do in the community as a result of this fabulous facility, and we’re hugely grateful to the volunteers at Beacon Park Tennis for the many hours they have committed to achieve this."

“Lichfield Cathedral School is delighted to be working in partnership with Beacon Park Tennis in the exciting redevelopment of the Beacon Park courts.

“The courts, which are in desperate need of refurbishment, are used daily by the school for tennis and netball throughout the school year, and it is why we have partnered with Beacon Park Tennis to ensure their renovation to a first class facility.”

To find out more about Beacon Park Tennis, visit www.facebook.com/beaconparktennis.